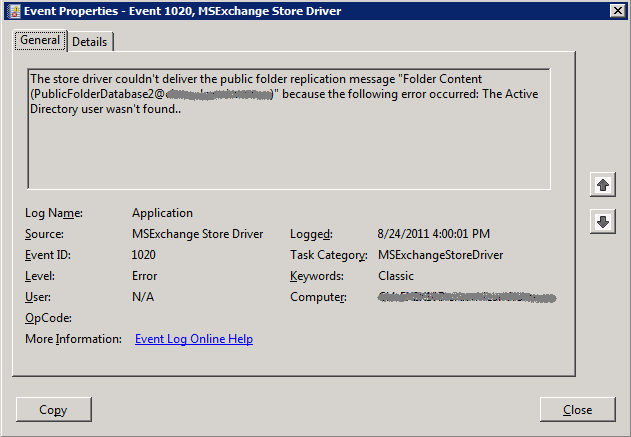 I created the Public Folders databases on the new Exchange 2010 SP1 UR4 servers, but the hierarchy and folders would not replicate to the new servers.  The Application event log shows the following error:

It turns out that this happens when the Exchange 2003 removal process doesn't remove the empty CN=Servers container under the old Exchange 2003 Administrative Group.  You can use ADSIEdit to remove this empty container: 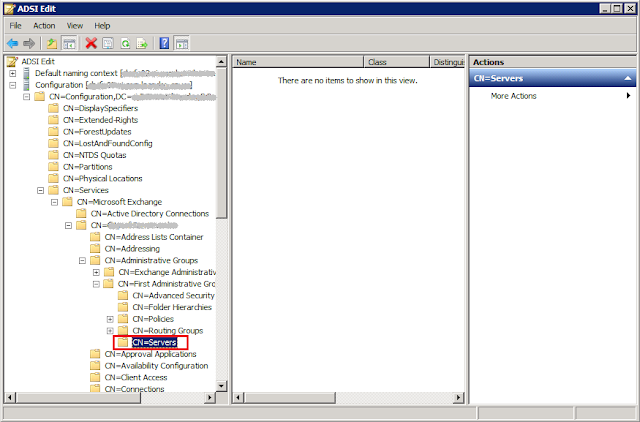 If the CN=Servers container is not empty and you don't have any Exchange 2003 servers in your environment, you've probably got bigger problems from a botched removal of Exchange 2003.  In this case read How to remove Exchange Server 2003 from your computer, or you might want to call PSS.

Once you've removed the empty CN=Servers container allow time for the change to replicate throughout the domain's domain controllers, and then issue the following command from the Exchange 2010 management console: