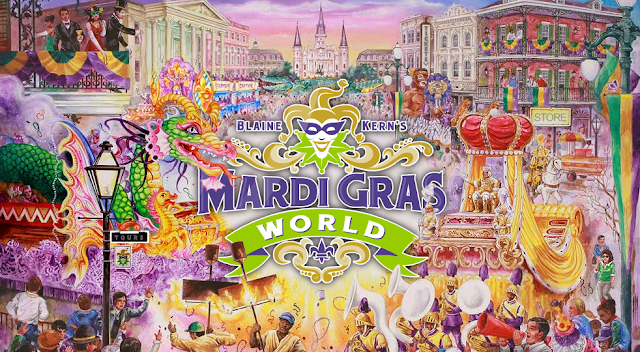 Microsoft has announced that the closing party for TechEd 2010 in New Orleans, LA will be held at Blaine Kern's Mardi Gras World.

"Join us for the Closing Party and enjoy great food, beverages, and the excitement of New Orleans at Mardi Gras World."

"The colors, the lights, the music, the joie de vivre. It’s all here in one magical place where you can peek behind the curtain and see Mardi Gras in the making. You haven’t truly experienced Carnival until you’ve explored Mardi Gras World."

Mardi Gras World is where the the world-famous floats, props, and masks are made for Mardi Gras, as well as many other festivals around the world.  Take that lively colorful venue, throw in some great music, food, and adult beverages and you've got a real party!

This promises to be much better than last year's on-site "party" which was judged an epic failure.  The TechEd 2010 closing party looks like it will be a return to the parties of past.  Being that two of the first three TechEds were held in New Orleans, it's good to see Microsoft is returning to its party roots.
by Jeff Guillet - @expta at 10:15 AM