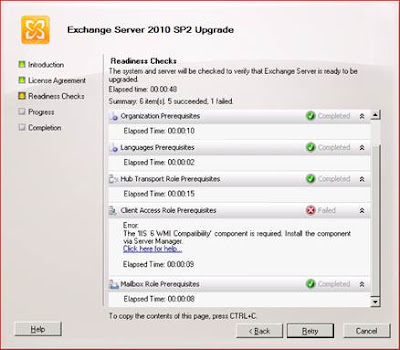 Before you install Exchange 2010 SP2 you need to add this role service using either of the two following methods.