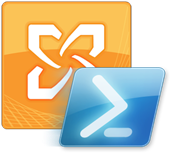 As with most Microsoft Exchange Service Packs and some Update Rollups, Exchange Server SP2 introduces five new scripts that are useful to manage and monitor your Exchange organization.

All the canned Exchange scripts are located in the %ExchangeInstallPath%\Scripts folder (normally, C:\Program Files\Microsoft\Exchange Server\V14\Scripts).  You can easily change to this folder within the Exchange Management Shell (EMS) using the command cd $exscripts.  It looks dirty, but it's not.  :)

It's great to see these new scripts make it into mainstream production rollouts.