Tuesday, February 12, 2013
Lync 2013 Cumulative Update 1 (CU1) was released today and it includes a nice surprise -- the ability to hide offline contacts in the contact list.

The update requires a reboot.  Once you login to Lync 2013 you can go to Options > Contact List, where you will find a new option, "Show contacts with away, offline and unknown presences in a separate group".


This option is defaulted to off. When you turn it on Lync 2013 creates a new dynamic group at the bottom called "Away and Offline Contacts".  Anyone who is not available at the moment is moved to this group.  Your other groups only contain users who are online, as shown below:


If no one is online for a particular group, the group shows (0) members.  Pretty cool!

Another new option is the ability to select which client Lync 2013 uses for meetings -- The Lync 2013 desktop client or the Lync app from the Windows App Store. 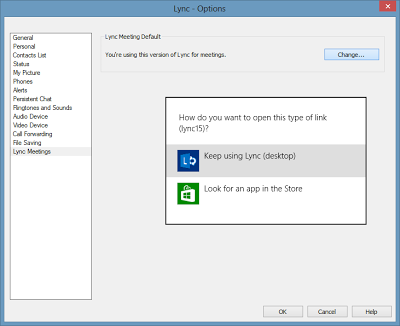 Here's the Lync MX client that is available from the App Store. 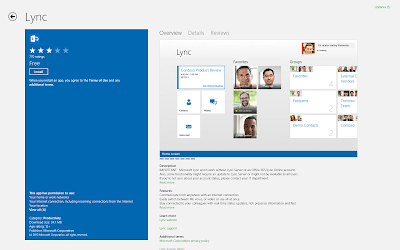