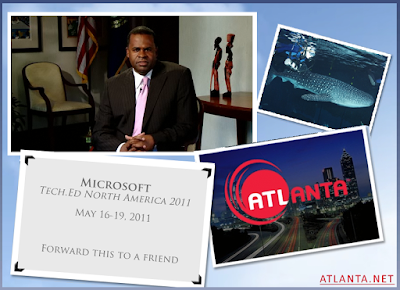 Microsoft TechEd 2011 will be hosted in Atlanta next year, and Atlanta's Mayor would like to welcome you in this video.

Aaron Nelson, a SQL architect in Atlanta, posted the following information about the convention center where TechEd will be held:


So how on earth can over 10,000 IT Pros fit into a single convention center in Atlanta and it not be cramped? Pretty easily actually because:


Sounds like it will be quite a spread!  I just wish they gave us Segweys.
by Jeff Guillet - @expta at 12:41 PM