Trouble with ActiveSync with iOS4 for iPhone 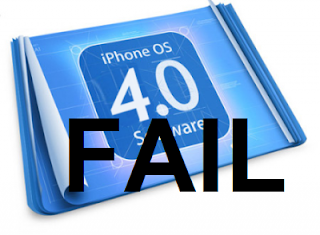 As reported all over the Internet, customers are having trouble with Exchange ActiveSync after upgrading their iPhones to iOS4.  Problems range from not syncing to over utilization of Exchange servers.

Apple has been nearly silent on this issue, choosing instead to do damage control over it's poorly designed antenna in the new iPhone 4.

The Microsoft Exchange Team has posted on its blog more information about these issues, which is much more than anything we've seen or heard from Apple.  With Microsoft's assistance, Apple released a fix that changes the timeout value that Exchange ActiveSync connection uses to four minutes, which should be long enough for the vast majority of users.

But take a look at that Apple article.  There's virtually no technical content or explanation that describes what the new profile does, other than saying it increases the timeout value.  To what?  From what?  What was it in previous iOS versions?

All this demonstrates how the iPhone is not an enterprise ready device, primarily because Apple does not provide enterprise-class support.  Apple could learn a lot from Microsoft.  Honesty and transparency is always the best way to provide support, not this.  I encourage you (and Apple) to read a timely article on the Official Microsoft Blog, "Microsoft’s Support Sets Us Apart".
by Jeff Guillet - @expta at 11:17 AM