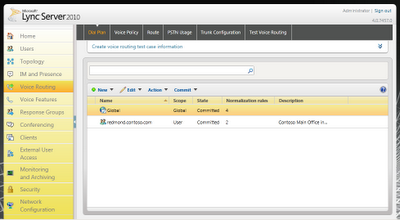 The Lync Control Panel reads all the voice routing information into a Binary Large OBject (BLOB) when it starts up.  Say a Lync administrator then creates 100 new voice routes using the Lync Command Shell or another Lync Control Panel.  Now if the first administrator creates creates one voice route and commits the change, that BLOB will overwrite the changes made by the other admin because it has the later timestamp.  Ugh.  By the way, Microsoft says this expected behavior.