How to unblock port 25 traffic on AT&T U-verse 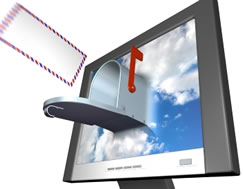 It's simple, really.  Just call them!

The technical support phone number for AT&T Uverse is (800)288-2020.  When the automated attendant answers, give your Uverse account number and ask for "Agent" until you get a real live human being.  I simply told them that I'm an AT&T U-verse customer and I would like to have port 25 unblocked.  They had to transfer me to Tier 2 support, which took just a minute, and then they immediately unblocked it.  Kudos to AT&T for the quick an easy resolution on a Sunday morning.

It's common for ISPs to block SMTP port 25 traffic from their DSL, cable, and other high-speed networks.  Most customers would never need to allow outbound port 25 traffic, and blocking it prevents all sorts of malware from propagating.  For those of us who run networks from home, it's great that AT&T can quickly and easily remove this block with no questions asked.

Be aware, however, that some block lists include the IP subnets associated with DSL, Uverse, cable, and other highspeed networks.  They do this with the errant idea that no one should be legitimately be sending SMTP traffic from these networks.  For this reason, I configure Exchange to smarthost my emails to the AT&T SMTP servers for ultimate delivery.  In my case, I asked AT&T to unblock TCP port 25 so I could configure Domain Secure connectors.
by Jeff Guillet - @expta at 10:23 AM