Set-AutodiscoverSCP.ps1 script is now on the TechNet Gallery

Thursday, October 8, 2015
UPDATE: This script has been significantly updated and enhanced. Please read New Set-AutodiscoverSCP v2 script is on the TechNet Gallery

How many times have you installed a new Exchange 2010-2016 server only to hear users complain about a security pop-up in Outlook referencing the new server? 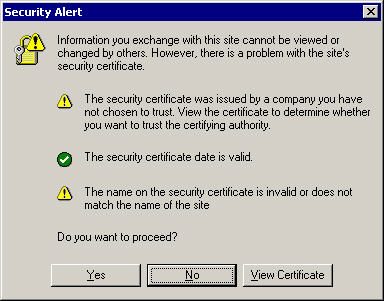 Older versions of Outlook (~Outlook 2010 RTM and earlier) used to use the oldest SCP value in the AD site, but newer versions use the newest SCP for foreground and background Autodiscover requests, causing these errors.

I wrote a script, Set-AutodiscoverSCP.ps1 (available in the TechNet Gallery), that automatically updates the SCP for the server your specify to the value you provide as soon as the new SCP for that server is detected in AD. It will continually poll Active Directory until it finds the new SCP value and sets it to the one you specify. A progress bar indicates that the script is polling AD.

The script is intended to run on another Exchange server in the org running the same version of Exchange as the new server. This is because Exchange 2010 cannot update SCP values for Exchange 2013 or 2016, and vice versa. You can also have the script target a particular domain controller. This is useful when the new server you are installing is in a different AD site.

The syntax for Set-AutodiscoverSCP.ps1 is:

Example #1 continually queries the local Active Directory domain until it finds an SCP for server EXCH01 and then sets that SCP to https://autodiscover.contoso.com/autodiscover/autodiscover.xml.

Example #2 is almost the same as the command in the previous example, except it continually queries DC03.CONTOSO.LOCAL for the SCP record and configures it on that domain controller. This is useful when configuring the SCP for a new Exchange server in a different Active Directory site.


Set-AutodiscoverSCP.ps1 is a useful addition to your Exchange toolbox. Please let me know if you have any questions or feature requests. I'll update the script on the TechNet Gallery as needed.