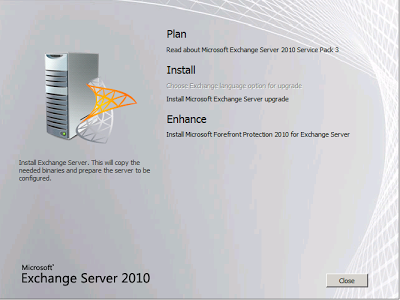 We had been told at MEC 2012 that Exchange 2010 SP3 would be required for Exchange 2013 interoperability, and it is. Unfortunately, we learned yesterday that we now need to wait for Exchange 2013 Cumulative Update 1 to complete the coexistence story.  Exchange 2013 CU1 is due Q1 2013 -- in other words, within 90 days or so.  I expect that it might be sooner.

Exchange 2013 CU1 includes a number of fixes that will make the coexistence story much better and smoother.  It will be worth the wait.  This will be the first update for Exchange 2013 using the new service strategy and we can expect new CUs every quarter.

The good news is that this gives us time to install Exchange 2010 SP3 in our environments prior to introducing Exchange 2013 to production.  It also gives us time to test coexistence in a test lab, or as stated on the EHLO Blog, "Customers can test and validate this update in a representative lab environment prior to rolling out in their production environments as an important coexistence preparatory step before introducing Exchange Server 2013 CU1."

You can configure the Sent Items Management feature in OWA on the Options page.

Note that RU6 for Exchange 2010 SP2 was also released yesterday.  Exchange 2010 SP3 includes all those fixes, plus additional ones.  Refer to the EHLO Blog article and TechNet for details.