Don't Deploy Exchange 2013 CU6 If You're a Hybrid Customer 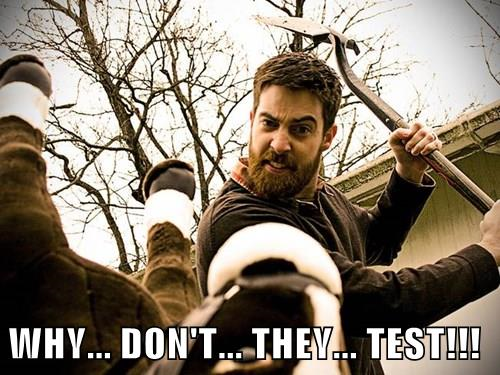 I have confirmed With Microsoft that there are significant bugs in Exchange 2013 Cumulative Update 6 for hybrid customers.


Update #1: Microsoft just published a new article, Exchange Server 2013 databases unexpectedly fail over in a co-existence environment with Exchange Server 2007, which describes a different issue where Exchange 2013 databases unexpectedly fail over between the nodes of database availability groups. A hotfix is available for this issue, but you have to call Microsoft Support to get it.

Update #2: Microsoft just published another new article, Exchange Online mailboxes cannot be managed by using EAC after you deploy Exchange Server 2013 CU6, which provides a script that fixes the problems described in this article. Thankfully, you do not need to contact Microsoft Support to obtain the script, but you do need to configure PowerShell script execution to run it and you should know script resets IIS without prompting.  Run "Set-ExecutionPolicy -ExecutionPolicy unrestricted" to allow the script to run.

Hybrid deployments are used to bridge the gap between Exchange on-premises and Office 365. An Exchange hybrid server is used as the on-prem MRS endpoint for mailbox moves to Office 365, provides rich coexistence (free/busy sharing), and provides encrypted TLS mail flow between on-prem and Office 365.

Microsoft has maintained that customers will always be able to manage their hybrid environments from on-prem. Hybrid servers are supposed to bridge the administrative gap, providing a single pane of glass through which customers can manage both on-prem and Exchange Online environments.

And here's what Admins see when they click the Office 365 tab in the EAC:


I expect Microsoft to publish an article soon regarding these bugs, but with a long Labor Day weekend ahead of us I wouldn't expect anything sooner that Tuesday. I do expect that CU7 will correct these bugs. In the meantime, I recommend that hybrid customers do not deploy CU6 at this time.  If you've already deployed CU6 in your environment, there's no way to role back.

What do you think Microsoft should do? Pull CU6? Release an Interim Update, like they did for the CU5 hybrid bug? Leave your comment below.