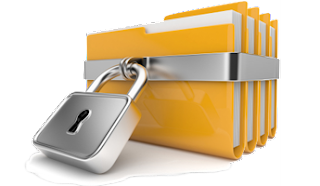 When there's a possibility or the likelihood of litigation, admins can place mailboxes on litigation hold or in-place hold. When you place content locations on hold, content is held until you remove the hold from the content location or until you delete the hold. eDiscovery is used to produce immutable copies of data for legal counsel or the courts.

Legal hold can also be used as an alternative to using third-party journaling solutions since all emails are retained and cannot be deleted by the user or admin, except by retention policies.

Litigation hold in O365 originally only existed for Exchange Online mailbox data, but has been extended to include other workflows, like SharePoint Online, Teams, Skype for Business Online, etc.

For more information about litigation or legal hold in Office 365 please read In-Place Hold and Litigation Hold in Exchange Server.

The user you wish to place on hold must a subscription that includes Exchange Online (Plan 2). This includes the following online licenses:

Users in subscriptions that include Exchange Online (Plan 1) can also be put on hold if the user has the Exchange Online Archiving add-on license. Holds only apply to mailbox data with this license.

To learn how to place a mailbox on hold, see the following articles:
One of the advantages of lit hold is that the user account can be deleted after they leave the company and the data will still be preserved for eDiscovery. This way you're not burning a license for a user who does not access their mailbox any longer. This is called making a mailbox inactive. A lot of organizations do this, so I want to dive into the legalities of this.

First, it's completely acceptable to do this and Microsoft supports it.

Second, you need to aware of the licensing terms regarding license reassignment. According to the Microsoft Volume Licensing Product Terms,

Customer may reassign a License to another device or user, but not less than 90 days since the last reassignment of that same License, unless the reassignment is due to (i) permanent hardware failure or loss, (ii) termination of the user’s employment or contract or (iii) temporary reallocation of CALs, Client Management Licenses and user or device SLs to cover a user’s absence or the unavailability of a device that is out of service.

Let's use some examples to illustrate this.
Special note 1:
The correct way to remove a license from a lit hold mailbox is to delete the user account from Azure Active Directory, which releases the license. This is documented here. While you are not prevented from removing a license from an existing user account, it will put the Azure user into an error state. This should be avoided.

Special note 2:
There are some conditions where you may have a mailbox that no one logs into that may still require a license. Examples include shared mailboxes under lit hold or where messages stored in a shared mailbox are needed for a Microsoft 365 Advanced eDiscovery case (the shared mailbox is a "custodian").

Hopefully, this information is useful and clears up some confusion around litigation hold and licensing. Special thanks to Microsoft and Tony Redmond for reviewing this article for accuracy.