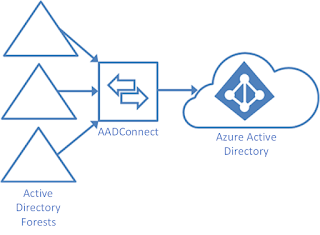 Microsoft just announced that the Azure AD Connect sync V2 endpoint API (public preview) is now available. This new endpoint improves the performance of synchronizations to Azure Active Directory, especially during the exports and imports that happen during sync.

Even though the new V2 endpoint is in public preview, customers can deploy this in their production environments.

For large enterprises, the new endpoint also supports syncing groups with up to 250K members. The previous limit for the V1 endpoint is 50K members. However it's important to know that the new endpoint doesn't have a configured group size limit for Office 365 groups that are written back to Active Directory. For this reason, Microsoft recommends increasing O365 groups incrementally if member size was previously a blocker for your org.

Switching to the new V2 endpoint is performed via PowerShell.

If you have large groups you will need to manually reconfigure the Out to AAD – Group Join sync rule before re-enabling the sync scheduler. See the deployment guidance document for details.
by Jeff Guillet - @expta at 9:20 AM